- You have tons of utility, curses are inherently very powerful for solo play but more so for group play. Things like amplify damage at high level mixed with a very high level life tap can trivialize some of the content including in-game bosses like ubers. The cc that you can provide with terror confuse and attract are very powerful. Another thing that dark pact has going for it is the area effect is gigantic.

- Some of the issues and cons this build has is the single target damage is quite poor. The damage that you can deal to one monster is the same damage you can deal to an entire screen of monsters. So you're much better suited for farming the monsters in a map versus a map boss.

- The other con is the ease of play is very poor. To do a single dark pact rotation, you would need to hit three different curse buttons and then dark backed four if you have a dark force spawn.

Max dark pact curse mastery probably one point in every curse and then depending on what you want to do. You can max other curses. Just pick three or four curses that you think work best for you and then utilize that.

Blackhand Key: It has some really awesome stats specifically we're getting +5 to the curses with +3 to curses plus due to necromancer skill and 30 fcr, this is awesome, having a level 7 grave wand is not terrible either if that is something that you are interested in, if you're in a party that can benefit from that physical damage, that's not anything to completely scoff at. So if you want to throw that out, that's fine. If not who gives a do just do whatever you want to do.

- Darkforce Spawn: This is incredible because you can get a +2 to curses and apply an additional curse with 30 fcr. All of this stuff is fantastic, the 5% chance to reanimate as oblivion knight is also decent, it provides a couple extra monsters that'll like fight and tank for you, but we're really concerned about the plastic curses and applying an additional curse increases the damage of dark pact and increases your utility. So just very good completely this shield.

- Trang Oul’s Claws: This has 20 fcr with +2 to curses, so that you can’t beat this, that's all you care about, it's just fantastic.

- Mara’s Kaleidoscope: For the skills and the resistance, it is great.

- Harlequin Crest: This is very good specifically because of the physical damage taken reduced by a percentage as well as the flat life and mana and +2 to all skills. A +2 skill helm would like any of the other unique +2 skill helms are fine or you could even go for a blue +3 to curses with a +1 corruption because just getting your curses super high level is very useful. 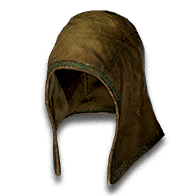 - Que-Hegan’s Wisdom: You're definitely gonna want a +2 to all skills, put up on a +1, you could also use a skin of the viper magi for fcr resistant +1 to all skills, if you're probably going full expensive stuff, enigma is probably your best bet so you can teleport around but anything that gives plus two to all skills or faster cast rate and plus skills or resist, or whatever you need just kind of figure it out and go for it.

- The Stone of Jordan 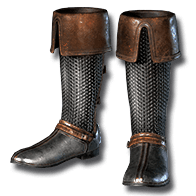 Once you have Leviathan and String of Ears, your mercenary becomes so tanky that it's very difficult for them to die. On top of that, applying life tap for 44 life steal. Put Vampire Gaze but really you can use a towels helm or anything laying of hands for the 20 increased attack speed and then marrowwalk just for cbf. As far as the weapon, have an insight because this build seems pretty mana hungry, but it's possible that you can use something else which grants holy freeze is fine or another good option would be to gear out a mercenary from act 5 and get battle orders and have them do whirlwind.

This map has a 40% increase max life and the 35% increased velocity, so pretty brutal, but this has 243% density and really with dark pact you're looking for as much density as possible because the amount of time that it takes you to kill one monster is the same for everything on the map.