Rocket League is a hot game that offers a wild mixture of racing and ball games. If you are a big fan of the game and looking for a safe place to buy cheap Rocket League items, Aoeah.com can be your first choice, as we are offering cheap Rocket League Credits, Rocket League Blueprints, Rocket League Keys, and other Rocket League Items at the lowest price in the market. You don't need to be worried about the security of using our site, all the RL Items we sell here are legit and we can accept more than 20 safe payment methods to ensure every transaction on the best Rocket League Items Shop - AOEAH is 100% safe.
Here we sell RL items with the best prices updated instantly. Our Rocket League items inventory covers all gaming platforms ensuring 99% of orders are processed quickly. Therefore, you can safely buy RL items you need to decorate your tank anytime, anywhere. If you have any problem with buying Rocket League credits, blueprints, keys, crates, and other RL Items here, please feel free to hit up our 24/7 online Livechat. 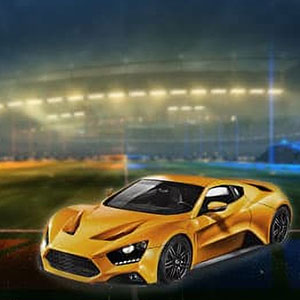 In the vehicular soccer video game, Rocket League items and Credits allow you to use your favorite chariot to shine on the pitch for maximum fun in the game!

Main RL Items You Can Collect For Building Up Your Battle Car:

Rocket League Credits - This is the premium currency in the game, which you can use to buy limited-time items and special DLC bundles (including cars and other exclusive cosmetics), unlock blueprints to your wanted items, and make trading with other players.

Rocket League Blueprints - This is an item that can be obtained by playing online games and can be used to craft various items, but you will need to spend credits to unlock them. So you can keep blueprints of items you need and sell the unused ones to other players.

How To Get Rocket League Items?

In the game, you can obtain various Rocket League Items in a number of ways:

How To Do Rocket League Exchange on AOEAH.COM?

On AOEAH.COM, we also offer reliable RL Exchange for you to trade your extra Rocket League items and credits to us, fair price, instant payment, and the safe transaction promised:

Set up the items and credits you want to sell, fill up your information (including contact info), then click SUBMIT

Welcome to hit us up through our LIVECHAT for more details

With the above methods, you surely can get a lot of RL items, but other than buying from a third-party site, none of the other ways is the quickest and cheapest way to get a specific Rocket League item like White Octane directly. So if you want to black market decals like Stride Tide and Starpower, or import car bodies like White Dominus, or BL goal explosions like Phoenix Fire (GE), you can feel free to buy Rocket League items from AOEAH.COM!

AOEAH.COM with 10+ experience in the market of MMOROG game currency and items can offer you the best service of selling Rocket League items, with the below advantages we have the confidence to be your best place to buy RL Items and Credits from Rocket League shop online:

Our rich experience ensures that we can provide customers with professional services, so a comprehensive variety of Rocket League skins, bodies, and other items for sale can be obtained here, we have received a great reputation from millions of players!

We have a stable inventory on each platform to ensure that players can quickly obtain the Rocket League items they want at any time, we promise 98% of RL orders can be completed in 10-15 minutes.

Adjust the price of Rocket League credits and items in time by tracking the market dynamics accordingly to ensure that you can buy RL items at the best price on our website at any time.

The complete items and credits come from a reliable supplier to ensure the legitimacy of each item, and a variety of globalized safe online payment methods and security systems make your shopping worry-free!

Once we cannot deliver the goods in time and you do not want to wait, the refund can be processed immediately.