In Diablo 2 Resurrected you can enjoy the fun of fighting alone most of the time, but if you want to pass quickly or rank higher especially in the ladder without relying on any teammates, a strong solo build is required, otherwise, you will be alone The ground card is unable to extricate itself in a certain area. So which builds have the highest DPS and allow you to easily run through all zones alone in Diablo 2 Resurrected? Follow us to learn about the Top 5 Best D2R Solo Builds!

The Lightning Sentry Assassin build aka the Lightning Trapsin is one of the top builds in the game and arguably the best solo build.

The Summon Necromancer aka Summoner is known for being the safest build in the Diablo 2 Resurrected, as it is an iconic classic build that uses a variety of crowd-controlling Curses and a large army of minions to achieve high damage and excellent self-protection.

Rings: 2x The Stone of Jordan

The Blessed Hammer Paladin aka Hammerdin is known as probably the best character or the most powerful build in the entire game, for just laying waste to places like Cows, Chaos Sanctuary, Baal Running, and all different kinds of areas like that. So it is surely an overpowered solo build for single players.

Heart of the Oak

Blizzard Sorceress is always be considered as the most powerful Sorc build in D2R becasue he can maintain high power and big Area of Effect damage while still have capable of stacking large amounts of magic find.

You can do magic and find a lot of common locations that don’t have cold immunities, some of these areas include the Ancient Tunnels and Mephisyo in Hell

Vitality: All the rest

Hydra Orb Sorceress Build is the new meta build from 2.4 patch. With the major change being the removal of the hyrdocastele, as well as the addition of improved synergies, it has become one of the most powerful builds in the Ladder season.

Vitality: All the rest 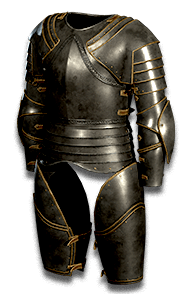 Rings: 2x The Stone of Jordan